A new form of energy: Terna Station was inaugurated

On October 14th, 2020, in the presence of the Prime Minister, Terna’s top management and the local authorities, the new power line connecting the island of Capri to the peninsula was inaugurated.
It is a historic work for the South and the country, created following an investment of € 150 million by Terna, the company that manages the national high- and extra-high voltage electricity grid.

The architectural design of the electricity station was signed by the Frigerio Design Group, winner of the international restricted competition held in 2015. Terna’s electricity station is an industrial architecture designed to blend into the context, to make a sign of a harmonious relationship between the urban fabric and nature. The new power line connecting Capri to the mainland is a cutting-edge project that provides the island with energy from renewable sources and reduces emissions to zero polluting – thanks to the decommissioning of the current oil-fired power plant – while increasing the safety of the island.

In designing Capri’s electricity station, built on an area of about 2,700 square metres, architect Enrico Frigerio developed a design language based on geometry, greenery and light, to make the station a discreet element, elegantly set in an unrivalled natural setting.
The orography of the land determines the layout of the station: the calcareous steps rising from the Marina Grande become retaining walls or buildings, while the vegetation mitigates the volumes and visual impact, occupying the empty spaces spontaneously.
The typical colours of Capri’s landscape are reproduced in the facades of the building, almost as if to make it a further declination of the natural.

Games of full and empty spaces create dynamic perceptive effects that contribute to the visual mitigation of the architecture and create a relationship with the specific nature of the place, making the architecture a zip space between the widespread urban fabric and nature.
The second natural matrix from which the project takes its inspiration, greenery creeps in between the volumes, occupying the empty spaces, distributing itself spontaneously just as it does in the areas surrounding the lot and the limestone walls of the island. The vegetation is the typical local vegetation, with shrubs and evergreen plants to guarantee a constant mitigation effect throughout the year and reduce maintenance interventions.
The lighting design was developed in full respect of the landscape and minimising the impact on light pollution.

The decommissioning of the diesel power plant on the island and the possibility of supplying electricity produced from renewable sources – from the mainland – will bring considerable benefits from an environmental point of view. At the same time, Capri’s entry into the national electricity grid will ensure savings for the community and the electrical system, estimated at around 20 million euros per year, and a reduction of 130 thousand tonnes of CO2 per year.
For more information visit www.frigeriodesign.it. 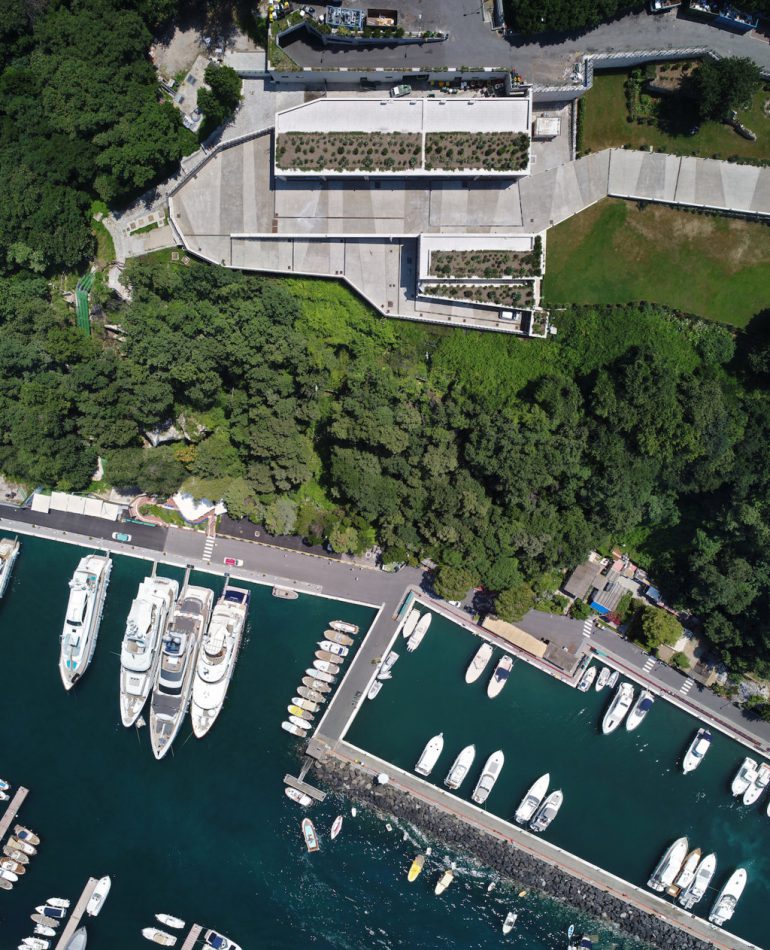 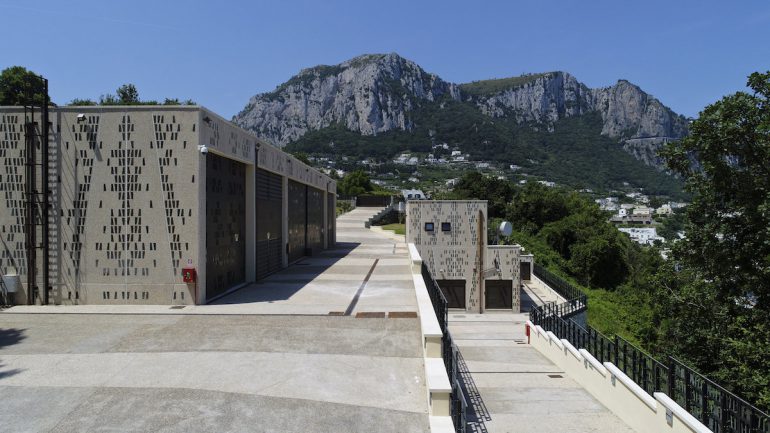 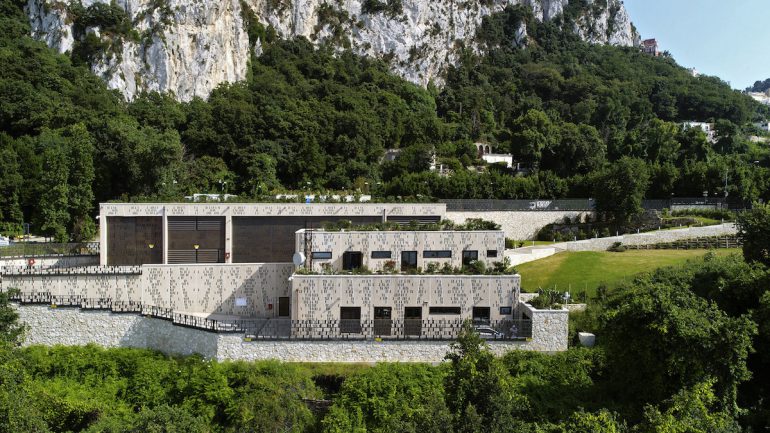 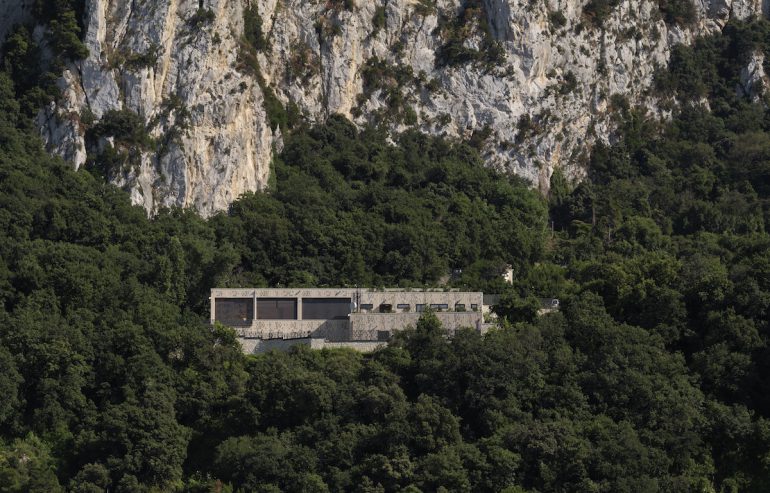 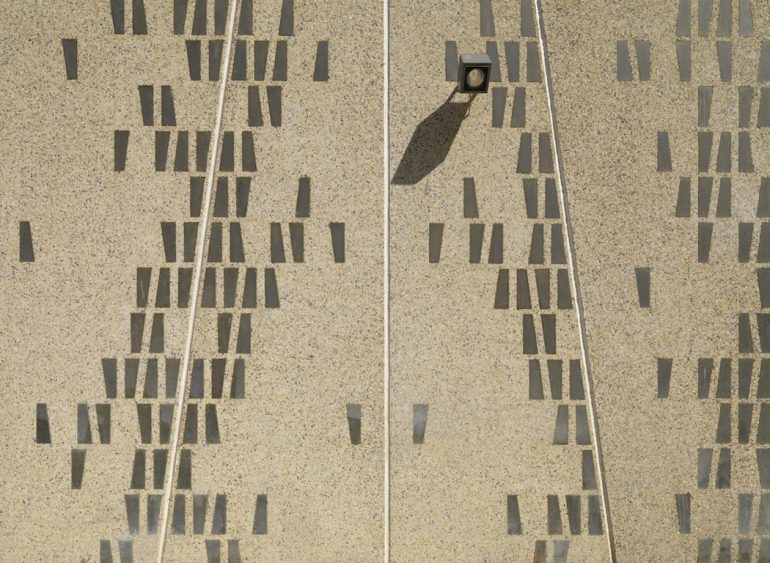 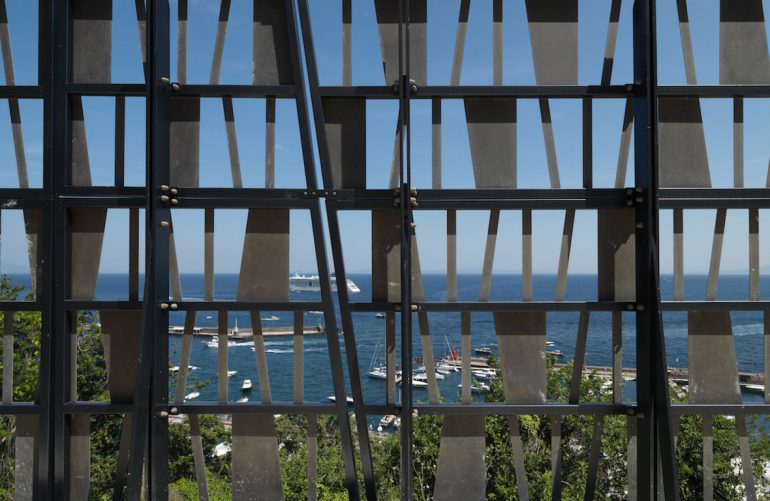 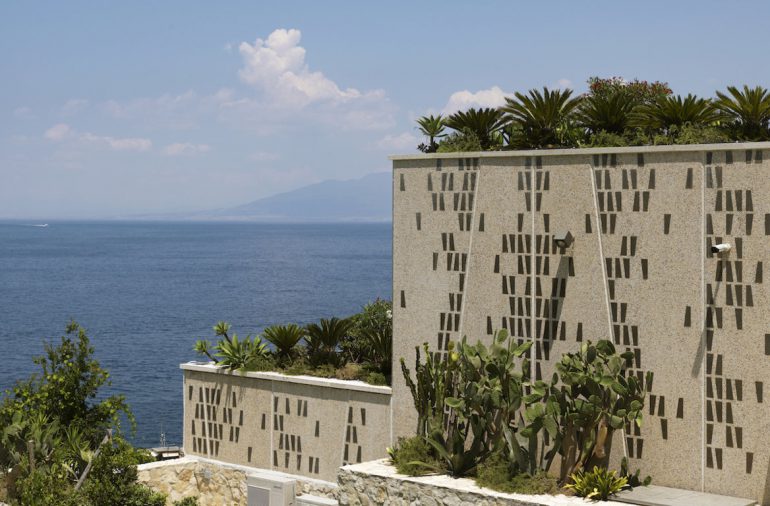 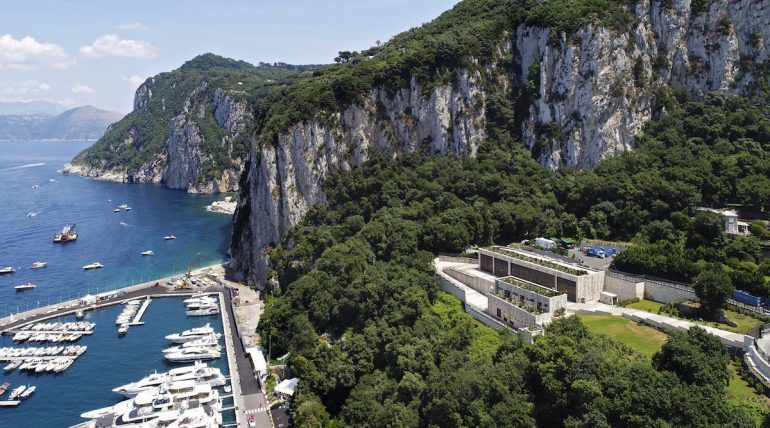